Participatory content development and involvement of the audience throughout the production cycle is one of the most significant highlights of a local broadcaster. This characteristic has been maintained during the production and dissemination of all radio programs produced to propel the Regional Awareness Radio Campaign under the aegis of the United Nations decade of Family Farming (UNDFF). A key moment in the participatory process is the impact assessment of the programs. Generally, impact assessment is resource demanding, both in terms of finances and human resources. Community radios operating at local levels and mostly by volunteers find creative ways for keeping in touch with listeners, collecting feedback and feeding it into the next level of productions. Here are a few examples from among the Radio Campaign partners: 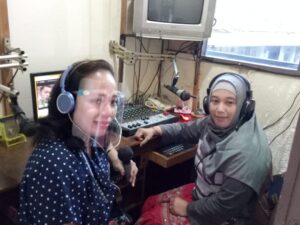 Pass FM is a community radio station located in East Java, Indonesia. It produces programs aimed at family farmers, micro business owners and informal workers on a regular basis. It broadcasts programs in Bahasa Indonesia and Javanese languages and collects feedback through face-to-face interviews with the listeners. The station organizes monthly community meetings for exchanging opinions and discussing problems faced by farmers’ groups. Following the broadcast of the Campaign program ‘Know the hands that feed you!’ listeners in the community, especially the youths said that the program helped them better understand the contribution of family farming towards the welfare of their community. Further, information about crop diversification, modernization of farming, and various types of crops that can be grown based on the climatic conditions were considered highly helpful by the listeners. 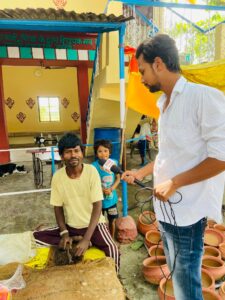 Radio Varsha, a community radio station in Bihar, India received feedback via SMS, phone calls, and social media platforms such as messenger and Facebook. The relevant platforms are regularly announced by the station for listeners to reach out. Santosh Kumar, a local farmer shared that while he was struggling to eke a living out of farming, his family members were encouraged by the Campaign programs to contribute more in their family farm. The radio station broadcasts programs on family farming on a regular basis.

Another community radio from India, Lokvani Durg in the state of Chattisgarh broadcasts programs with useful information for the local farmers. Listeners reach out to the station through phone calls and WhatsApp messages. Following the broadcast of the Campaign program ‘Status of Family Farming in India,’ several listeners messaged to share their feedback. They said that the program was very informative and inspiring, and that it bolstered their self-esteem. The station produces and broadcasts weekly programs on family farming.

Radio Gurbaba, a community radio station based in the Lumbini Province of Nepal produces programs focusing on issues faced by the Tharu community, an indigenous ethnic group that inhabits the lowlands of the country. The station receives feedback through telephone calls. Feedback is also shared through with the station’s partner organizations such as local NGOs and community-based organizations. Following the broadcast of the UNDFF Regional Awareness Radio Campaign program ‘State of Family Farming Development in Nepal,’ listeners called up the radio station to share that they found the program very informative. The radio station broadcasts “Hamro Krishi” a weekly radio program on family farming.

The audience or listeners of Community Radio Sarabela, located in Rangpur Division, Bangladesh is comprised of Santal, Robidas, and Dalit ethnic groups.  The subject matters of the radio programs include disaster management, education, agriculture, and children and women issues that plague their audience. The station broadcasts in two languages – Bengali and Santal and receives feedback from the listeners through its Facebook page. 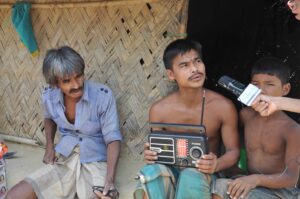 Similarly, Radio Sagorgiri, in Chittagong Division, Bangladesh broadcasts programs on diverse subject matters including health, education, agriculture, and domestic violence faced by the Aadivasi, Jele, and Kamar ethnic groups in the community. They broadcast in two languages – Bengali and Pobito. Feedback is also collected by the community radio journalists that visit community families regularly. It must be highlighted that a very important characteristic of a local broadcaster is that it speaks in the local language. Feedback too is received in local languages.

The United Nations decade of Family Farming (UNDFF) Regional Awareness Radio Campaign has induced a renewed vigor for community radios to know its community more closely to understand its concerns and provide space in the daily broadcasts. This is an important step in further highlighting the adage that community radios are the only media in which the producers and the consumers are the same!

(This article is written by AMARC Asia Pacific, a regional autonomous chapter of the World Association of Community Radio Broadcasters (AMARC International). AMARC-AP is one one of the steering committee members of Comdev Asia. Photos used for this article came from AMARC Asia Pacific’s network of community radios tha include Pass FM, Radio Sagorgiri, Radio Sarabela, and Radio Varsha.)

Share this now:
Previous Post: 1st UNDFF Global Forum, to be held on September 2022
Next Post: Farmers in Odisha use radio as main source of agricultural information

This site uses Akismet to reduce spam. Learn how your comment data is processed.